A Dedication to Brian Jones 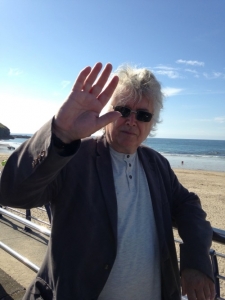 See more of the music by Chris Pitts and his poetry.

Simply email Chris your name and address and he will post a full CD to you. No gimmicks – just enjoy free of charge!

Wearing dark sunglasses under a Chelsea moon.
Blue mists over the city, rain splashes on old London pavements,
Brian Jones walking home with a pocket full of harmonicas,
In a glorious unknowing of the length of his short life left to live.

Transistor radio playing Waterloo Sunset on an underground train, expectation everywhere, the newness shone out to those streets with Jingle Jangle Tambourines that followed our footsteps, and timeless bells welcomed in midnight.

And now a headstone bears your name, and faithful followers leave flowers.
You marked a place that only you could know.

Chris has written a song dedicated to the memory of Brian Jones.